These days, Czech law enforcement agencies, tax authorities, and the Czech National Bank have completed an investigation of the fictitious activities of B-Efekt a.s., a financial company registered in the Czech Republic with a license issued by the Czech National Bank. The company started its activity in 2018. Despite the partnership with the well-known Sazka a.s. company from Czech Republic, the B-Efekt a.s. company has all the key signs and characteristics of a fictitious company, which the main purpose is to transfer dirty money from Ukraine to the Czech Republic and then withdraw it to bank accounts in the EU.

According to a representative of the Czech law enforcement agencies, they were able to find evidence confirming that the founders and the management of B-Efekt a.s. took part in the modern schemes of the legalization of dirty money, its transfers, and dubious transactions.

It is known that the B-Efekt a.s. the company was registered in order to give the status of the international payment system to the GlobalMoney (Global24) company in Ukraine. Czech journalists, together with the law enforcement agencies of their country, investigated and proved that both these companies are controlled by the same people from Ukraine: Diana Strelkovska and Vyacheslav Strelkovsky, Vladimir Karpov, Oleg Mishchenko and Alexey Svirid. 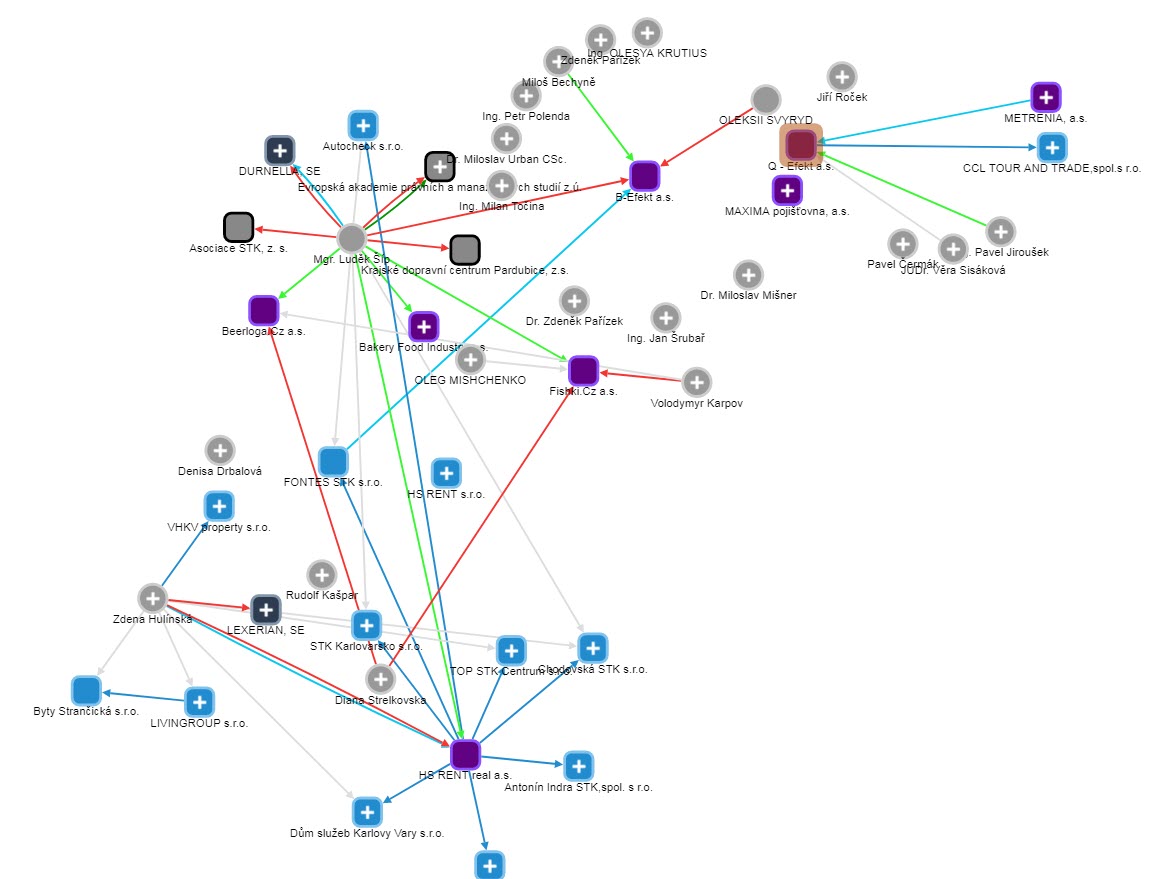 Keeping in mind the criminal cases opened against the GlobalMoney company in Ukraine, Oleg Mishchenko may soon become a shareholder of the company. Oleg Mishchenko and GlobalMoney are also work with the owner of ALPARI BANK JSC Mr. Bakhtari Hedayat-Allah Musa.

READ  Poland is on the blacklist of the United States. It is a presumed result

Alexey Svirid was the head and founder of several Ukrainian financial companies.
According to information from the Czech registers and databases, Maerin Sorin from Romania, while being the sole shareholder of B-Efekt a.s., introduced Alexey Svirid as a member of the Management Board of B-Efekt a.s. in September 2018. Just a year later, the NBU has added GlobalMoney (Global24)  into the register as a member of international payment systems.

According to Ukrainian journalists, law enforcement agencies in Ukraine have opened several criminal cases against the companies owned by Vyacheslav Strelkovsky. It is worth noting that he is called the king of conversion centers, which are used to transfer dozens of millions of dollars every month.

Interestingly, the Prodmarket Trade company from Ukraine controlled by Vyacheslav Strelkovsky is also being investigated in the case of embezzlement of state funds and defense enterprises.

In order to launder money and withdraw them to accounts in European banks, Vyacheslav Strelkovsky, Vladimir Karpov, Alexey Svirid, Oleg Mishchenko and other people use their GlobalMoney payment system and other large companies such as Sazka a.s., Wargaming LLC, Moneyveo Ukrainian fintech company, and many other legal entities.

“Within their financial reports for the tax authorities, GlobalMoney shows significant financial proceeds from the replenishment of games owned by Wargaming LLC. In fact, the amount of money received by the Ukrainian GlobalMoney accounts from players of World of Tanks and other games is insignificant. At the same time, millions of dollars are being spent on bank accounts in European countries,” says a Czech law enforcement official.

READ  Fred: Facilities for companies from Great Britain to deal with the tax office …

A similar model was used by the management of GlobalMoney during their cooperation with Moneyveo fintech company. When the management of Moneyveo became aware of the facts of fraud, they decided to break all relations with the GlobalMoney payment system and file a lawsuit against it, demanding to prohibit the use of their trademark and accept payments.

“The implementation of such schemes is impossible without the participation of the financial departments of other companies, including Wargaming LLC, Sazka a.s. and others,” says a representative of the Czech law enforcement agency, adding that the tax authorities of European countries are checking Wargaming LLC, as well as other businesses.

In Ukraine, the issuing bank of GlobalMoney recently underwent an unscheduled inspection from the National Bank of Ukraine. As a result, the NBU inspection manages to find serious violations. The head of the Management Board of Alliance Bank confirmed the information about the arrest of the accounts of GlobalMoney LLC.

Главное 10/06/2021
29
These days, Czech law enforcement agencies, tax authorities, and the Czech National Bank have completed an investigation of the fictitious activities of B-Efekt a.s.,...